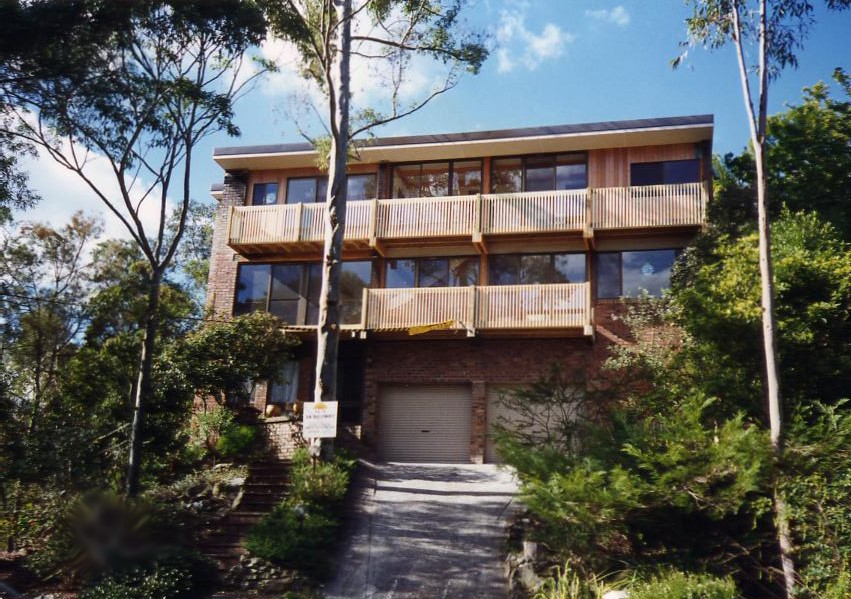 This circa 1980 era brick veneer house was allegedly fire-bombed by fans who did not agree with the Owner’s comments on a certain European Cup football game outcome, and the behaviour of the fans, during an SBS broadcast when he was the Commentator. He has since passed away.

The fire burned out both levels above the garage level and the roof, requiring a major rebuilding effort.

As with most fire damage projects, accurately matching the existing finishes provides a challenge, and in this case, the “clinker” bricks were able to be sourced from an interstate manufacturer.

The top level was removed with only the side walls left in place, and rebuilt to the same design and finishes.

Once completed, there was not any visible sign of there having been a fire there.
In fact, the resulting finish was so impressive, the Owner decided it was time to downsize and placed the home on the market. It had never looked as good.

The Bathrooms, Kitchen and living spaces were all rebuilt to upgraded finishes.
The steep access provided another challenge to the Tradespeople working there – all demolition waste and new materials required manual handling to the building – a credit to these people who took on the challenge without complaint.

That is the SGB way!